Sign up to our Newsletter and find out about our offers first!

Things to do in Fermanagh

Belmore Court & Motel’s central location in Enniskillen in the heart of The Fermanagh Lakelands is the perfect base to discover the many things to do and see nearby. Known as Northern Ireland’s Lake District, with an amazing abundance of lakes, waterways and a vast haven of natural spaces, where the slow pace of life seems to make quality time last longer.

Explore Fermanagh’s three National Trust properties, take a tour of one of Northern Ireland’s oldest and most fascinating attractions at Belleek Pottery or head deep into Game of

Thrones territory, visiting Pollnagollum Cave and one of the famous Door of Thrones in Blakes of the Hollow.

With all this and much more, The Fermanagh Lakelands definitely provides the stage for memorable experiences during your visit.

The Cuilcagh Legnagbrocky Trail is a linear route which will appeal to walkers with some experience walking in the hills. The route is quite isolated and showcases the scenic wilderness of Cuilcagh Mountain. The trail meanders along a quiet farmland track before traversing a wooden boardwalk that consists of a steady climb to the mountain face. Here a stepped boardwalk climbs through steep terrain and boulders fields before reaching the summit plateau. A rough mountain path negotiates the wild summit plateau for a few kilometres before reaching an ancient cairn (the remains of a burial mound dating from the Bronze Age 2,500 – 500 BC) that stands at 666 metres (2,182 ft) above sea level.The imposing mountain flanks of Cuilcagh give this walk a very atmospheric feeling providing breathing views, the most impressive view is of Lough Atona, a lake nestled at the foot of the mountain which was carved out by the glacier during the last Ice Age approximately 13,000 years ago. Please be aware that It is important to choose a route that suits everybody in your group.

For up to date information visit marblearchcaves.co.uk/attractions/cuilcagh-mountain-park

The Fermanagh Lakelands feature as a Game of Thrones filming location and is also home to 1 of the 10 infamous ‘doors of thrones’, each telling the story of a Season 6 episode.‪

Visit the Game of Thrones door at Blakes of the Hollow. Renowned for its pints of stout and Irish coffees, Blake’s of ‘The Hollow’ has proudly served visitors and locals alike for well over a century. Blakes of the Hollow Door features several striking designs, immortalising the Targaryens and Arryns.

Pollnagollum Cave in Belmore Forest is part of the Marble Arch Caves Global Geopark and was used as a location in Season 3: Episode 4 as Hollow Hill in the Riverlands. Game of Throne fans can enjoy Belmore Forest walk which leads to a viewing point for the cave featuring a beautiful cascading waterfall.

The Faldo Course – Designed by six time Major winner Sir Nick Faldo, his first golf course design in Ireland; The Faldo Course provides superb all year round playing conditions, links like fairways, a spectacular Fermanagh Lakelands setting with stunning views from every vantage point and the Waters of the Lough in play on 11 holes.

Castle Hume – Situated on the edge of Castle Hume Lough and Lower Lough Erne, in the heart of the Fermanagh Lakelands, this championship course is famed for its curvaceous greens, rolling fairways and challenging water hazards. Castle Hume boasts some seven thousand trees and over thirty bunkers.

Canoeing – Fermanagh is an ideal destination for canoeing enthusiasts with the magnificent lakes of Upper and Lower Lough Erne, lined by the River Erne, providing a trail of up to 50km.

Cruising – Fermanagh is known as the Lakelands of Northern Ireland, due to the significant waterways which dominate the county. Lough Erne itself is made up of the Upper and Lower Lakes which connect in the picturesque island town of Enniskillen which sits on the River Erne. Lough Erne runs from the Atlantic in the West to Belturbet in County Cavan; which is then connected to the Shannon-Erne Waterway where one can navigate as far as Limerick.

The enchanting Lakelands of Fermanagh are laced with a network of paths and tracks that allow for endless exploration, on terrain that is ideal for keen walkers and families alike. These trails help make Fermanagh the ideal getaway for walkers who love fine views and landscapes rich in wildlife and heritage.

Wee Red Boats – Self-drive pleasure boats for all the family in the heart of Ireland’s only island town, Enniskillen. The boats are purpose-built for the rental market and can comfortably hold six adults. The boats are powered by a 6hp four-stroke petrol engine

Hydrobikes – Take cycling off the road and onto the water with a hydrobike rental on Ireland’s only Island Town. Great for exercise or relaxing on the water. Bring your dog along for the ride!

Canoeing – Fermanagh is an ideal destination for canoeing enthusiasts with the magnificent lakes of Upper and Lower Lough Erne, lined by the River Erne, providing a trail of up to 50km.

Cruising – Fermanagh is known as the Lakelands of Northern Ireland, due to the significant waterways which dominate the county. Lough Erne itself is made up of the Upper and Lower Lakes which connect in the picturesque island town of Enniskillen which sits on the River Erne. Lough Erne runs from the Atlantic in the West to Belturbet in County Cavan; which is then connected to the Shannon-Erne Waterway where one can navigate as far as Limerick. 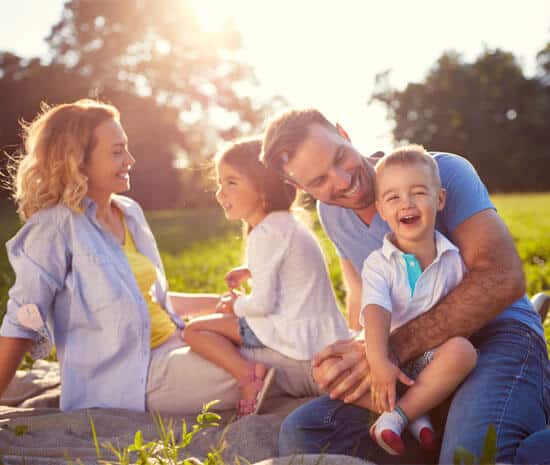 Fermanagh is an ideal holiday destination for all the family, from adventure centres to scenic forest walks. Plan your perfect family break away in the Lakelands, we’ve got an excellent range of restaurants, museums, activity centres, parks and beautiful scenery throughout the county.

We’ve got all the inspiration you need in our Family Friendly Guide to keep the whole family entertained on your holiday, even on a rainy day! Whether you are looking for adventure, learning experiences, a fun day out or a bit of relaxation, you’ll find it all in the Fermanagh Lakelands.

Shopping in Fermanagh offers the perfect blend of independent and multi-national retail traders. Erneside Shopping Centre features over 35 great name stores. The Buttermarket Craft and Design Courtyard comprises of seventeen art and craft units and a coffee shop, housed in the restored early 19th century dairy market. The Buttermarket’s unique position in the heart of Enniskillen makes it the central focus for the thriving craft industry in Fermanagh.

Belmore Court & Motel’s central location means you can sample the great food and drink that The Fermanagh Lakelands has to offer, all within walking distance or a short drive. Northern Ireland is a great destination for lovers of good food and drink and the Year of Food and Drink was be a celebration of everything that makes the produce from this place so good.

Our guests can choose to enjoy a  fine dining experience, a lively bistro, specialty restaurant, or sample one of the unique cafes and delis, enjoy a pint of Guinness in a traditional setting or chic cocktails or simply a ‘Take-Away’ to enjoy in the comfort of your room.

Birthplace of Titanic and gateway to Northern Ireland, Belfast is one of the top destinations to visit in Europe. Some of the better-known Belfast attractions include Belfast Zoo, St Anne’s Cathedral, and of course the Titanic Quarter, birthplace of the famous RMS Titanic. Once the home of the Irish linen industry, tobacco production, rope making and the world-famous Harland and Wolff shipbuilders, Belfast lays claim to a unique history. And there’s something for everyone to love. Shopping, tours, world-class dining, block rockin’ beats, you name it – we’ve got it. So dig a little deeper and start planning your Belfast adventure!

Voted 4th in Lonely Planet’s ‘Best in Travel Guide 2013’, Londonderry, also known as Derry, is an ancient yet contemporary city. It was also the worthy recipient of the prestigious title ‘UK City of Culture 2013’.

If you have an interest in the past, the Tower Museum and Museum of Free Derry reveal different aspects of the city’s economic, social and more contemporary history. Other buildings located around the city walls include the Apprentice Boys Memorial Hall, steeped in history relating to The Siege of 1688-89 and The Apprentice Boys Association. Be sure to walk across the gleaming new Peace Bridge, which curves majestically across the River Foyle.

This is a city that just loves to party and enjoys a year-round cycle of festivals, including Ireland’s biggest Hallowe’en carnival.

A landscape of dramatic cliffs which have for centuries inspired artists, the Giant’s Causeway, Northern Ireland’s first UNESCO Heritage Site, clashes with the North Atlantic Ocean to create a phenomenon like no other, capturing the imagination of all who see it. The geological wonder is home to a wealth of history and legend.

Visit the world-famous 40,000 basalt stone columns on a guided tour or pick up an audio guide and explore at your own pace. Climb the Shepherd’s Steps and hike along the cliff top path to discover the mystery of the attraction while getting a bird’s eye view of the beautiful causeway coast.

Stop by the award winning visitor centre to discover the stories which lie behind the dramatic landscape, offering a unique glimpse into the wonder that is the Giant’s Causeway, or take well deserved rest in the café and pick up you souvenirs and crafts before you leave.

The Tyrone & Sperrins region is dominated by the heather-clad slopes of the Sperrin Mountains, Northern Ireland’s largest and least explored mountain range.  Discover the region’s romantic landscapes, rich history and heritage, and wide range of outdoor activities. The region has plenty to offer icluding the Ulster American Folk Park.

Experience the adventure that takes you from the thatched cottages of Ulster, on board a full scale emigrant sailing ship, to the log cabins of the American Frontier. Meet an array of costumed characters on your way with traditional crafts to show, tales to tell and food to share.

The indoor exhibition at the Ulster American Folk Park examines life in Ulster in the 18th and 19th centuries. It reveals the reasons behind the exodus and shows how the settlers adapted to and impacted on, a new and unfamiliar environment.

Belmore Court & Motel in Enniskillen is the perfect base for exploring the breath-taking North West of Ireland and experiencing the ‘Wild Atlantic Way’, the wildest, most enchanting and culturally rich coastal touring routes in the world.

Within a short drive of Enniskillen is Donegal home to miles of zigs and zags with deserted white sand beaches. Donegal is famous for being the north most point of the Wild Atlantic Way. This is a great starting point to admire the magnificent sites on Irelands West coast and stunning coastal views.

Sligo known as ‘Yeats Country’ as the Nobel Laureate WB Yeats (son of a Sligo-born mother, who brought her children back to grow up in her home county) is celebrated both in the town and countryside. The dramatic backdrop of Ben Bulben in the Dartry Mountains can be seen from Sligo town.

Your booking is protected under our Covid change of plan promise

Why Book With Us?

Book Your Stay
Why Book With Us?